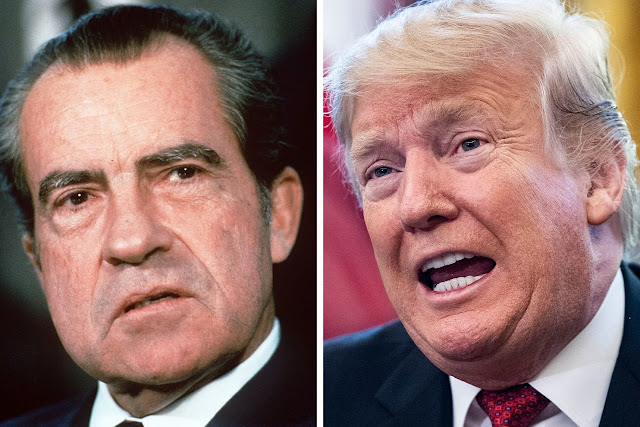 With the Mueller report deposited (if not yet released), the right has set its sights on rooting out the “deep state” agents behind the alleged conspiracy to take down President Trump. They look for collusion behind the investigation of collusion. They dig for an illicit report buried even deeper than the report we cannot yet see. The idea of a deep state has been a hallmark of the Trump administration. But the ideas peddled by conservative outlets — including Fox News Channel’s insistence on purging a disloyal federal bureaucracy and Trump’s charge that the Justice Department is filled with “angry Democrats” — are not new.

In the Nixon White House, ruminating about the threat of a deep state was common fodder. President Richard Nixon’s team sought to discredit, even destroy, political opponents, inside government and out, by pursuing them as un-American traitors. Nixon’s deep-statism illustrated the self-destructiveness undergirding conspiracism, and ultimately led to his resignation.

For Nixon, the Pentagon Papers, the sprawling and top-secret government defense study on the war in Vietnam, triggered his anxieties about the deep state. When the study was leaked to the New York Times and then to The Washington Post in the summer of 1971, Nixon took action.

When news of the leak was published, attention almost immediately settled on a 40-year-old defense analyst and senior research associate at the Massachusetts Institute of Technology named Daniel Ellsberg. He had been one of a few dozen researchers who helped compile the secret defense report. And the FBI was convinced that he had leaked the papers. (They had been tracking him for months.)

Ellsberg’s former Pentagon colleagues agreed. After all, Ellsberg had been the singularly strident and disgruntled researcher on the team. And he had not been discreet. He courted publicity. Giddily, he crowed to friends that “he knew his name would surface and he didn’t care.”

But Nixon was not satisfied that Ellsberg had acted alone. He convened Cabinet members over and again to canvass his staff for information about theories of the case, believing that a much bigger conspiracy was at hand. In particular, he thought that peaceniks and intellectuals played a role. And so he plotted to rough his political opponents up a bit, sully their names. “I wanted ammunition against the antiwar critics, many of whom were the same men who, under Kennedy and Johnson, had led us into the Vietnam morass in the first place,” Nixon recounted in his memoirs.

After generations of (mostly) Democratic rule in the executive branch, the president calculated that 96 percent of Washington bureaucrats were “against us.” “Down in the government are a bunch of sons of bitches,” Nixon barked to his Cabinet. “Many who sit in the meetings and debriefings … are out to get us.”

To stop leaks, Nixon aimed to purge the head of that leakers’ agency who had abetted or at least not forestalled the high crime. As Nixon ranted to his chief aides, “We’re up against an enemy, a conspiracy. They’re using any means. We are going to use any means. Is that clear?”

Just as James B. Comey, Robert S. Mueller III and Andrew McCabe have become avatars for Trump’s deep-state fears, Ellsberg became the Nixon administration’s. Charles Colson, the president’s ever-willing hatchet man and fixer, was determined to steer the public against Ellsberg. Yet assassinating Ellsberg’s character — by, for instance, stealing and leaking his psychiatric records — would get the administration only so far in quashing their enemies on the antiwar left.

Colson, like Nixon, wanted to use Ellsberg to rescue the administration from criticism. Nixon’s theory of a deep-state conspiracy provided much needed justification for his own misdeeds and failed policies. Instead of presidential failure in Vietnam, Nixon pushed a theory going around in hawkish circles that Congress had connived to tie his hands militarily and that the federal government (outside of Nixon and his very closest aides) had lost its nerve.

Nixon and Colson saw civil servants amassed against the administration, and so Colson shared an idea that had begun taking root in conservative intellectual circles.

“The real political payoff will come if we can establish that there is what the National Review has called a ‘counter-government,’” Colson relayed to Nixon. They needed to unearth a grand conspiracy, a clandestine network fixated on undercutting the Americans’ role on the world’s stage. The anti-Nixon leakers, the news media and peaceniks, the bureaucrats all “constitute an embryonic ‘counter-government,’” the editors of the National Review had written. The clandestine clique made “its own decisions about peace and war, friend and enemy, classifying or declassifying documents.”

By exposing such a dastardly conspiracy as the “counter-government,” Nixon could emerge a conquering hero to rescue the country from “the subversion of the unsavory characters.”

But it did not happen. Nixon’s self-destructive conspiracism unraveled through his resignation. His deep-statism spun in on itself. “What the Pentagon Papers did was to accelerate things,” Nixon’s secretary of state, William Rogers, would attest. “The paranoia was already there.”

The very efforts he unleashed to counter and expose the deep state brought about the end of his presidency. To counter the leak of the Pentagon Papers, the president created an extralegal team he dubbed the Special Investigations Unit, more familiarly known as the Plumbers. But there was more to the Plumbers’ portfolio than stoppering leaks. Nixon sent his clandestine crew to uncover dirt of their own, to out the grand conspiracy of the “counter-government.” As the then-chief of the intelligence division of the FBI would later attest, “What was unusual about this [was] that it involved wiretaps on the [National Security Council] staff, on individuals that were part of the White House family.”

In the early morning of June 17, 1972, a year after the Pentagon Papers news broke, the Plumbers pulled their next job. To find dirt on the deep state, Nixon’s team broke into the Democratic National Committee’s office in the Watergate complex. They were caught, and the scandal that unfolded in the following years brought down the administration. The president had sought to match leak for leak, and in so doing, became the enemy of the state he so despised.

The notion of “draining the swamp” suggests a centripetal force, an ever-tightening circle that feeds on itself. Trump, like Nixon, has given in to the spiraling conspiracism of the deep state. For Nixon, that led him to commit crimes that cost him his base of support and, ultimately, his presidency. It is unclear whether Trump can escape the same fate.


See you all tomorrow. 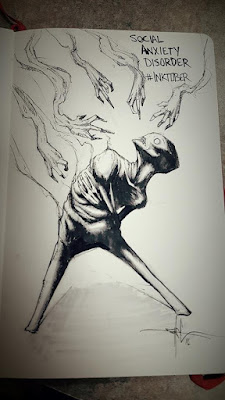 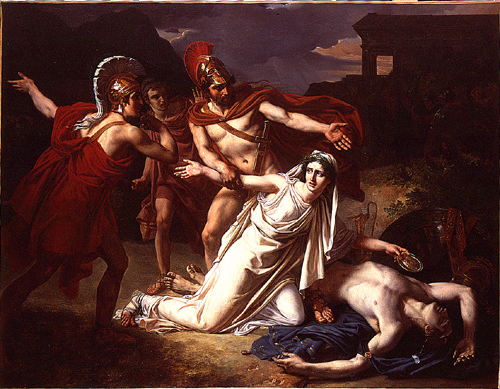 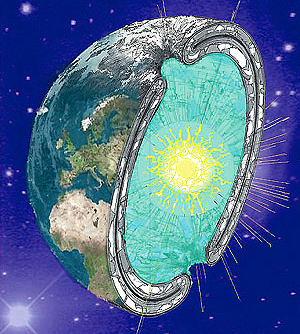